The Feng Shui of Cambodia

The feng shui of Cambodia 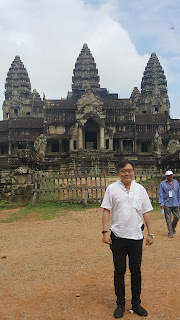 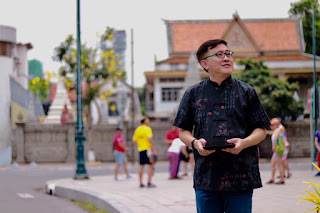 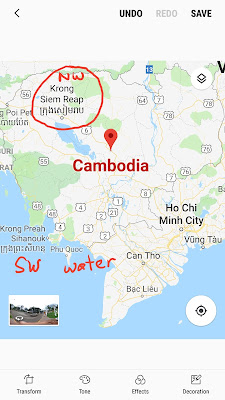 The world is formed by yin yang. One of the examples of yin yang is static is yin and dynamic is yang. The job of the feng shui master is basically to look at the yin and yang. Mountain is yin as it doesn’t move but the water moves and thus the water is yang. Water governs the wealth and mountain controls the people. Places with beautiful mountains like Japan have talented and healthier people and Kuala Lumpur is located at Klang Valley, surrounded by beautiful hills has managed to attract many talents around Malaysia to make the city prosperous.
During period 7 (1984 – 2003), the 7 at the West and if opposite, East you see water, then the place has potential of gaining wealth, but the East of Cambodia does not have water thus there was no money available.
However, During period 8 (2004 – 2023), the 8 at the North East and if opposite, South West you see water, then the place has potential of gaining wealth, the SW of Cambodia has water, which is the sea thus there is money available.

The same theory is applied to East Malaysia. During period 7 (1984 – 2003), the East of East of Malaysia is the jungle of Borneo which does not have water thus there was no money available. However, During period 8 (2004 – 2023), South West we have the South China Sea, then the place has potential of gaining wealth.

Please read my previous article that I have written on 2010 about the feng shui of East Malaysia, http://penangfengshui.blogspot.com/2010/08/it-is-time-for-sabah-and-sarawak-to.html

The 7 wonder of world, Ang Kot Wat is at Siem Reap which is NW of Cambodia is a very important historical city of Cambodia which used to be the capital of Cambodia and there was the time when Cambodia Kings were very strong. Accordingly Bagua, NW is Qian place which is place for the Master and King. Please read my article about Alor Setar, the origin of our Prime Minister, Dr Tun Mahathir Mohammad. Alor Setar is at the North West of Malaysia and it is place for the Master and King. The same theory is applied.

Please read my previous article that I have written 8 years ago about the feng shui of Alor Setar, the North West of Malaysia http://penangfengshui.blogspot.com/2010/03/alor-setar-birth-place-for-tunku-and.html

Hun Sen, Prime Minister of Cambodia, one of the longest served Prime Minister in the world since 1985. His residence house is located facing 178 degree facing South which is 8×8=64 Yi Ching Bagua 乾为天， basically is the direction for the King in feng shui.

His house is build with a strong back as the buildings are getting taller when you walk to the back, which mean he is going higher and higher eventually with stronger support. In Chinese it is called 步步高升, step up。In feng shui, it is the auspicious black turtle ，后玄武 as support. 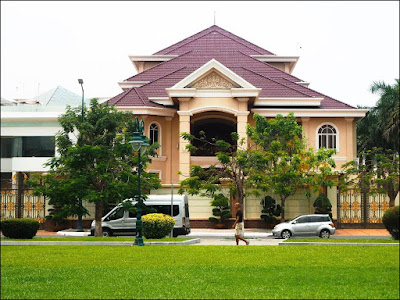 In front of the his house there is nothing to block it which in feng shui is called the auspicious Pheonix 前朱雀 bright hall 明堂.