Thanks to Edmund’s Family for inviting me to conduct a feng shui audit in Bangkok, Thailand. I really enjoyed my stay and the warm hospitality of them. But, I m sorry to say that I hate the hot climate of Bangkok.
The influences of Feng Shui can be seen where ever you go in Bangkok. You will find Ba GuaMirrors of different shapes and sizes somewhere above the entrances. 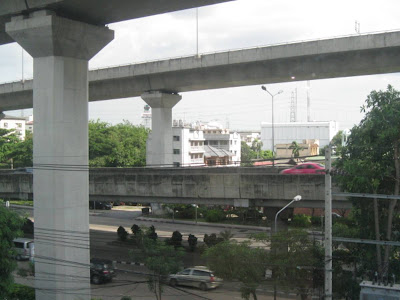 You will find that that there are a lot of wire, electricity posts and overhead bridges surrounding the buildings and they will create awful impacts to the feng shui of Bangkok. Also, you will find that the houses like to close all the windows and switched on the air-conditioners instead. It is bad for the ventilation of air and will create bad qi to the feng shui of Bangkok. 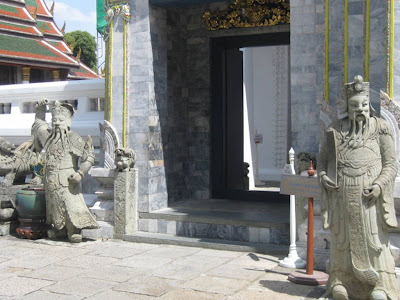 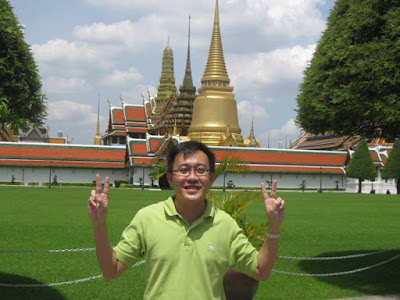 The Grand Palace Bangkok, Thailand served as the official residence of the Kings of Thailand from the 18th century onwards. Construction of the Palace began in 1782, during the reign of King Rama I, when he moved the capital across the river from Thonburi to Bangkok. The Palace has been constantly expanded and many additional structures were added over time. The present King of Thailand, King Bhumibol Adulyadej, however, resides at the Chitralada Palace. He moved there after the death of his older brother, King Rama VIII in the Grand Palace. 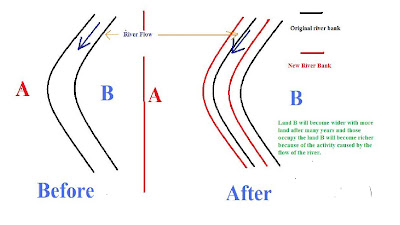 The figure 1 above explains scientifically why the Grand Palace is at the auspicious place which contribute to the reason why the Royal Family is the most powerful and influential entity in Thailand. There are two things that you see most in Thailand i.e. the pictures of the King and the Buddhist temples.
Please click the figure 1 to enlarge it so that you understand why the land B is considered an auspicious place. Due to the flow of the river, the land B will become larger after many years and the owner of the land B will become richer. Land B is an auspicious place but not land A.